First Sound was started in 1989 by Emmanuel Go. An avid audiophile, he undertook an overwhelming research and development program aimed at pursuing the limits of passive preamplifier design. The First Sound Reference Quality Passive Preamplifier was born. Now known as the epitome of passive design, the First Sound Passive Preamplifier, provided the launching pad for the Linestage I. The inherent success of the First Sound passive unit was due to the underlying philosophy that the purest possible signal equates to superior sound. This has been carried over into the Linestage I. The ensuing discussions will reveal the extraordinary amount of attention given to the design and execution of the Linestage I to adhere to this philosophy. 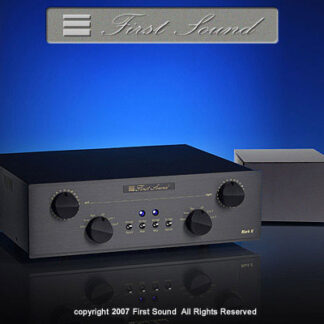